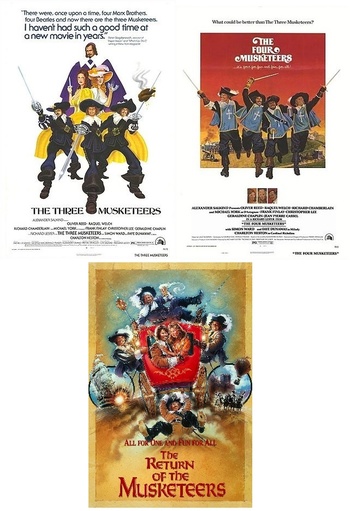 Directed by Richard Lester from a screenplay by George MacDonald Fraser with a soundtrack by Michel Legrand, they star Michael York as D'Artagnan, Oliver Reed, Richard Chamberlain, and Frank Finlay as the three Musketeers, and Charlton Heston, Faye Dunaway, and Christopher Lee as the villains.

The director, the screenwriter and much of the cast reunited again for The Return of the Musketeers in 1989, which is loosely based on the novel Twenty Years After.

Alternative Title(s): The Four Musketeers, The Return Of The Musketeers