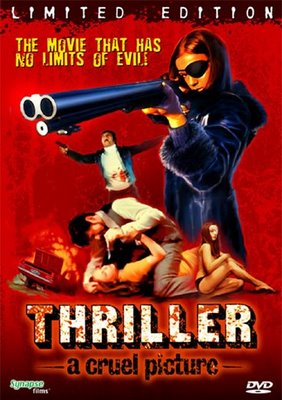 Madeline (Christina Lindberg), as a little girl, is raped in the park by an old pedophile, rendering her mute. When she grows up, she goes into town one day and is abducted by a pimp, Tony (Heinz Hopf), who drugs her with heroin while she is unconscious thus rendering her unable to survive for more than a few hours without a periodic fix. Tony will give her this fix, plus a wage, if she prostitutes herself. Amidst Madeline's abuse by her clients, Tony forges a letter under her name and sends it to Madeline's parents wherein she says that she hates them and doesn't want them to try and find her. Also, when she refuses a client, Tony gouges one of her eyes out, and she wears an eyepatch for the rest of the film. Madeline befriends another prostitute, who claims to know a doctor who can cure the addiction, and the two elope to flee, but she is then murdered. Madeline then escapes back to her parents only to find that the forged letter prompted them to commit suicide. That's the final straw...

Using the stash of wages she's saved up, Madeline starts purchasing heroin from a dealer as the source for her fixes. She uses the rest to learn karate, marksmanship, pursuit-driving, and to buy a car. Now it's time to collect her dues...

The film is notable for its hardcore sex scenes, for the highly controversial use of a genuine cadaver in the above-mentioned eye-gouging scene, and for being banned in Sweden, its country of origin. It is also notable as being, along with Lady Snowblood, one of the primary inspirations for Kill Bill, both in terms of plot and in terms of Elle Driver's eyepatched appearance.