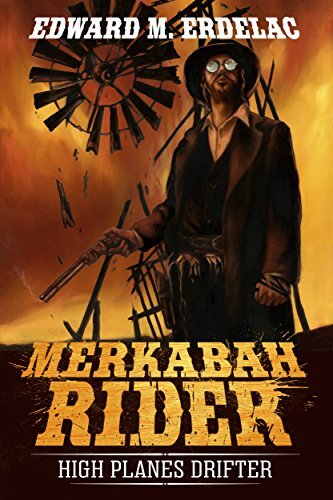 The stories of a Hasidic Jewish mystic who wanders the Old West battling demonic forces of evil. The Rider's adventures have been published in four volumes, each consisting of a series of linked novellas:

The Rider, protagonist and perspective character of the stories, is a member of an order of Jewish mystics who have the ability to travel the astral plane. The Order is destroyed when the Rider's one-time mentor turns evil and begins wielding dark sorceries. At the outset of the story, the Rider is wandering the American west in search of his rogue mentor. In each episode, the Rider encounters and battles supernatural creatures representing the dueling forces of Heaven and Hell. However, as the story progresses cryptic hints appear suggesting that a third faction exists which is neither Angel nor Demon.