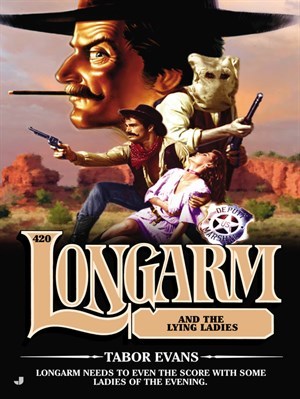 The Longarm books are a series of western novels featuring the character of Custis Long, who is nicknamed Longarm, a U.S. Deputy Marshal based in Denver, Colorado in the 1880s. The series is written by "Tabor Evans", a house pseudonym used by a number of authors at Jove Books. The first book was published in 1978 and new ones are still being added at a rate of approximately one a month, totaling over 400 books in the series. In addition to the regular series, there is a series of "giant editions" which are longer novels.

Tropes found in the Longarm series include: