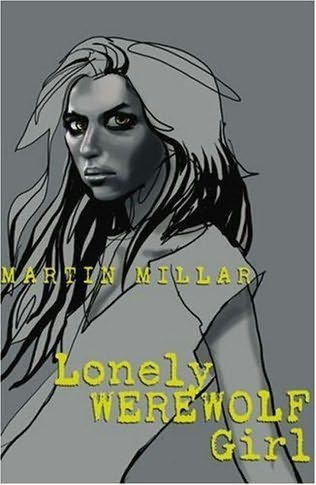 A series of novels by Martin Millar who also wrote the award-winning The Good Fairies of New York. A teenage werewolf named Kalix is alone in London, and the best case scenario for a lone werewolf is to stay hidden. Otherwise hunters tend to come after you. Of course, Kalix has just sold the charm that was designed to keep her hidden, because she lacks any skills that would allow her to hold down a job, and has a laudanum addiction. What's worse is that a new vote has come around for the new leader of the clan and, whether she's there or not, she has a seat on that council, and will until she dies. When it comes down to a tie, the council has a problem, and when you hold a seat for life, people start thinking the obvious.
Advertisement:

The eponymous first book of the series was released in 2007. The Second book in the series called Curse of the Wolfgirl was released at the end of July 2010. In this The Avenaris Guild takes a collective level in badass, Kalix and Agrivex try to attend college as normal human students, Markus throws a charity event, Thrix tries to keep her fashion house solvent in the recession, and Malveria's past comes back to haunt her.

The third book, The Anxiety of Kalix the Werewolf, came out in the UK on August 1, 2013.

Alternative Title(s): Curse Of The Wolfgirl