Film / John Dies at the End 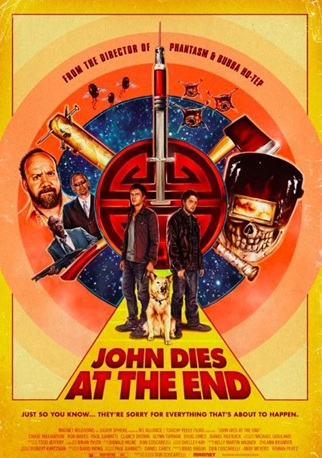 My name is David Wong. I once saw a man's kidney grow tentacles, tear itself out of a ragged hole in his back, and go slapping across my kitchen floor. But that's another story.
Advertisement:

John Dies at the End is the film adaptation of the book of the same name. It was written for the screen and directed by Don Coscarelli, whom you might know from The Beastmaster, Phantasm and Bubba Ho Tep. It stars Chase Williamson and Rob Mayes, with supporting performances by Paul Giamatti (who is also an Executive Producer), Doug Jones, and Clancy Brown.