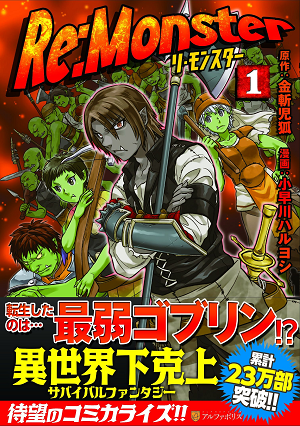 Kanata Tomokui was a powerful human, in his first life, that is. Now that he has died, he finds himself reincarnated into the body of a newborn goblin named Rou. The only things left from his previous life are his memories and the ability to eat anything. By doing so, Rou absorbs the special abilities of his food. Will this ability be enough to allow him to live in this new world where survival is king?