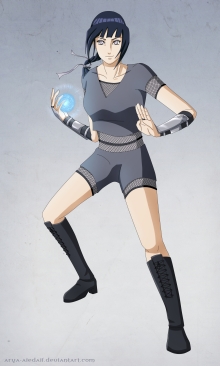 Hinata Hyuga was always a shy and quiet ninja. Sure, her crush on Naruto went unrequited, but she at least got to admire him from afar. That is, until she happened to overhear part of a conversation Naruto is having where he is seemingly mocking her. As she has a tendency to do in times of stress, Hinata becomes suddenly aggressive, confronting Naruto and berating him for abusing her feelings for a cruel story. He explains the misunderstanding, and the two resolve to get to know one another better.

That is the start of their story.