Literature / Down and Dirty 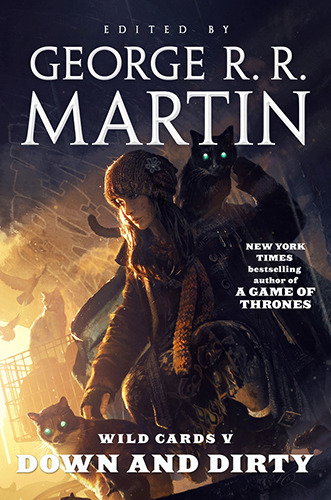 Down and Dirty is the fifth book in the Wild Cards anthology series, set in the same shared universe as the other Wild Cards novels and collections. It was edited by George R. R. Martin.

The stories in this volume tell of the events of two outbreaks: an outbreak of gang violence between The Mafia and the Shadow Fists gangs controlled by Kien Phuc, a war which soon spills out of control into the streets of New York. Against this backdrop, the second outbreak occurs; the outbreak of a new, mutant strain of Wild Card virus, courtesy of the ever-shifting powers of The Sleeper, "Typhoid Croyd" Crenson. This version is different in that it can overwrite the original strain, so even Aces and Jokers are not safe.