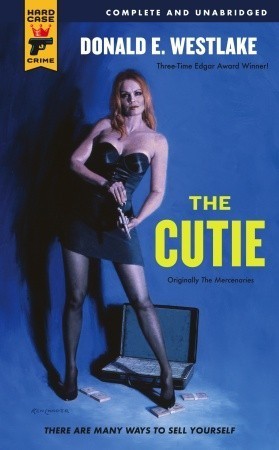 The first crime novel by the esteemed Donald Westlake. The novel follows mob lieutenant George "Clay" Clayton attempting to solve the murder of local kept woman Mavis St. Paul. Minor mob member Billy-Billy Cantell is framed for the murder, and Clay's boss Ed Ganolese ordering him to find the killer, first planning to turn him over to the police, then for mob justice.

The title has no relation to the trope The Cutie (and probably pre-dates it) but instead refers to the Terms of Endangerment phrase that Ganolese sarcastically uses to describe the killer who is causing him such a headache.