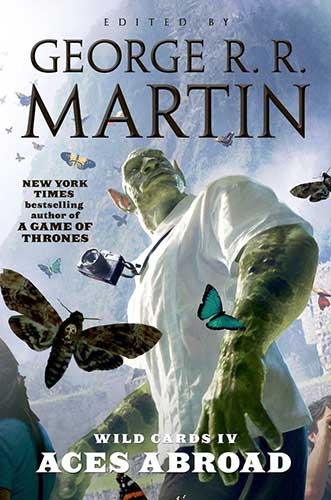 Aces Abroad is the fourth volume in the Wild Cards shared universe fiction series, edited by George R. R. Martin. It was published in 1988 and dealt with a world tour, sponsored by the United Nations and the World Health Organization, featuring many of the main characters from the previous novels and introducing new ones.

Aces Abroad was re-released in 2002 with two new stories. "Warts and All" follows Troll, the Jokertown Clinic guard as he gets wrapped up in rescuing a child Ace in Peru. "Always Spring in Prague" follows Lady Black, one of the security details on the tour, as she is asked to locate the daughter of a friend of one of the politicians on the tour.