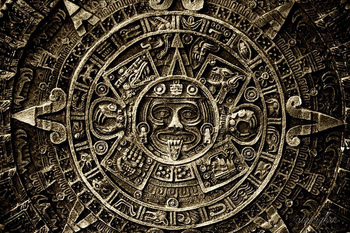 The Mayans (also known as the "Maya people") are one of the three great American civillizations that flourished in Pre-Columbian America, alongside the Incas and Aztecs. However like the other two, their culture and mythology are often plagued by negative depictions in popular culture to the point they are often confused with each other and have spawned the Mayincatec trope. While there are some simularities and overlaps between these people in Real Life, they are different enough from one another to warrant an entry. Here the reader can find out more about the Mayans, while making sure to also check out the Aztec and Inca mythology.

People who wish to find out more about the inaccurate stereotypes and portrayals in fiction, read the Mayincatec page. While those who want to learn the truth and historical facts, read the Pre-Columbian Civilizations page.