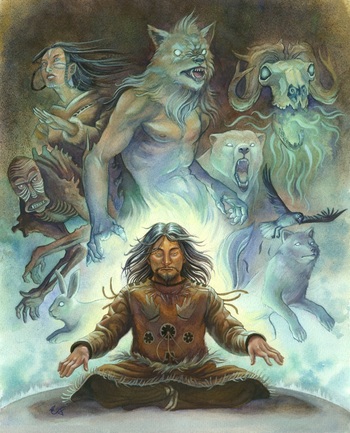 Inuit mythology is the shared spiritual beliefs and practices of the Inuit, which are the indigenous people from Alaska, Canada and Greenland. Their religion shares many similarities with religions of other North Polar people. Traditional Inuit religious practices include animism and shamanism, in which spiritual healers mediate with spirits. See also Native American Mythology for the mythologies of other North American indigenous people.