Literature / He Lover of Death 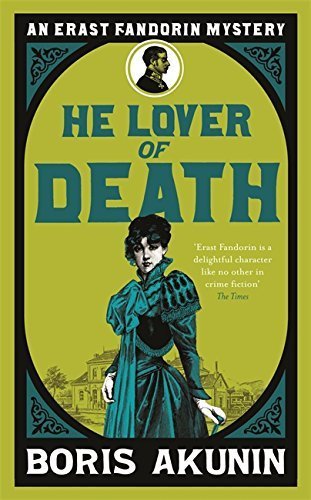 He Lover of Death (Любовник смерти, "Lover of Death") is a 2001 Russian novel by Boris Akunin. It is the ninth novel in the Erast Fandorin series of mysteries.

It is the year 1900 in Moscow—the same time and place setting as Fandorin #8, She Lover of Death. Senka is an orphaned boy who is scratching out a hard living in the slums of Khitrovka. He has escaped from an abusive uncle and is now serving with a local Khitrovka crime boss, the Prince. Both Senka and the Prince have fallen for a woman called "Death", a mysterious young lady whose lovers all seem to meet violent ends.

Meanwhile, Senka has found a remarkable treasure, a buried cache of silver ingots. And to make things even more complicated, there is a Serial Killer stalking the Khitrovka slums. That serial killer is being hunted by—Erast Petrovich Fandorin, who takes an interest in little Senka.