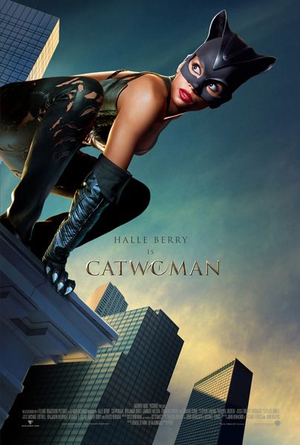 Catwoman is a 2004 superhero film directed by Pitof and starring Halle Berry, loosely based on the DC Comics character Catwoman.

Patience Phillips (Berry) is a shy secretary with few friends who works at the Hedare cosmetics company. She learns that the company is developing an anti-aging cream that gives incredible results but comes with severe side effects — and is highly addictive to boot — but gets discovered and killed by her boss's scheming wife Laurel.

Patience is subsequently brought back to life and given special, cat-like abilities by Midnight, an Egyptian Mau she earlier encountered and attempted to rescue. Now she must remember who killed her, find out why, stop their evil schemes, and come to terms with the changes brought on by her abilities, and use them for good rather than exploiting their potential for evil.