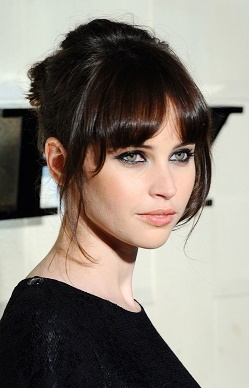 Felicity Rose Hadley Jones (born 17 October 1983 in Birmingham, England), is a British actress. Best known for playing determined brunettes in period pieces like The Theory of Everything and On the Basis of Sex, as well as the protagonist of the Star Wars spinoff Rogue One.

She married director Charles Guard in June 2018, and they have a son born April 2020.