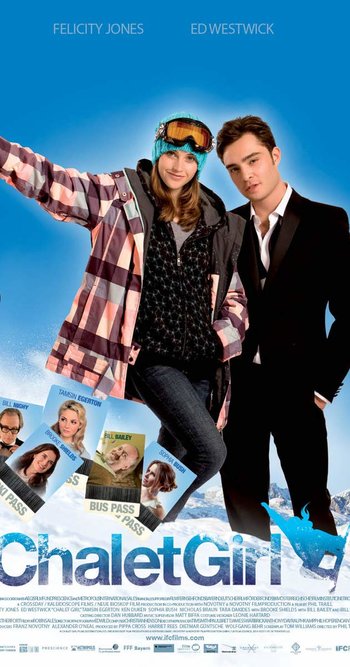 Kim Mathews (Felicity Jones) was a skateboarding child prodigy with many awards to her name, but her career came to a halt when her mother died and Kim had to give up onboarding to be able to help her father Bill (Bill Bailey) at home. While searching for a job with better pay, she lands a job as a Chalet Girl in Austria.

She get's a cold welcome from her fellow Chalet Girl Georgie (Tamsin Egerton) and meets her employers the Madsens family: Richard (Bill Nighy), his wife Caroline (Brooke Shields) and their son John (Ed Westwick) who she's instantly attracted to. The two start an unconventional romance, made complicated by his mother's disapproval and him already being engaged to his girlfriend Chloe (Sophia Bush).

During that, Kim renews her passion for sports by learning snowboarding from friendly local Mikki (Ken Duken) and enters the local competition to win the prize money.