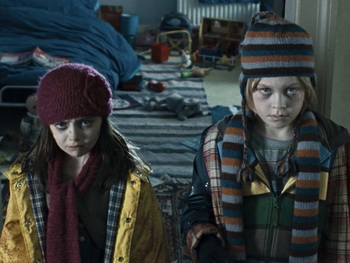 The Children is a 2008 British horror film written and directed by Tom Shankland.

Whilst on holiday with relatives for New Year's Eve, parents Jonah, Elaine, Chloe and Robbie notice that their young children are beginning to act oddly after they become ill with an unknown virus. The children then begin to exhibit violent behavior that quickly escalates to murder.

The Children provides examples of the following tropes: