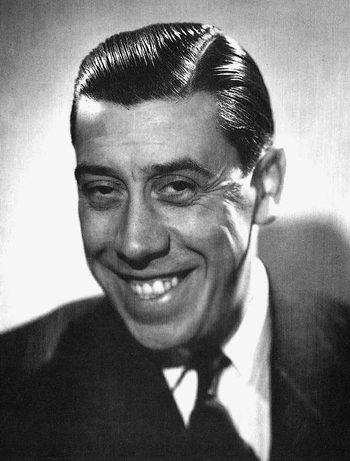 He first gained success with singing and comedy acts on various cabaret and music hall stages in late 1920s Paris before turning to movies in the 1930s under the direction of such big names as Jean Renoir and Marcel Pagnol. He was distinctive for his horsy facial traits, his raspy voice and his strong accent from Marseille, the Mediterranean city in which he was born and grew up.

The most famous role of his very prolific and successful careernote About 62 of his movies sold over 1 million cinema admissions in France, which is very impressive is undoubtedly Don Camillo, the Catholic priest who's the Friendly Enemy of Peppone (Gino Cervi), the Communist mayor of the town of Brescello in post-World War II Italy. He played the role in five films, and a sixth was in the making in 1970, but he had to step down from it due to illness, which was later revealed to be a generalized cancer. The film was entirely reshot with new actors afterwards.

Fernandel passed away on 26 February 1971 at the age of 67, unaware of the true nature of his illness.

His roles provided examples of: