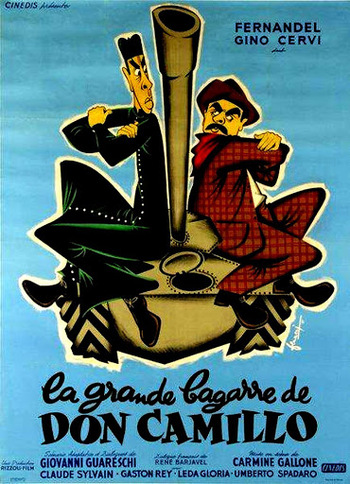 In the early fifties in the small Italian town of Brescello, skirmishes are continuing between the priest Don Camillo (Fernandel) and the Communist mayor Giuseppe "Peppone" Bottazzi (Cervi). After staging a theft of Don Camillo's prized chickens in retribution for a political prank pulled by the priest, Peppone decides to enter the big game of politics by standing for national deputy. A winsome young lady comrade sent from the big city to assist him, but the mayor's wife suspects there's more and complains to Don Camillo, who endeavours to remedy the threatened domestic breakdown.