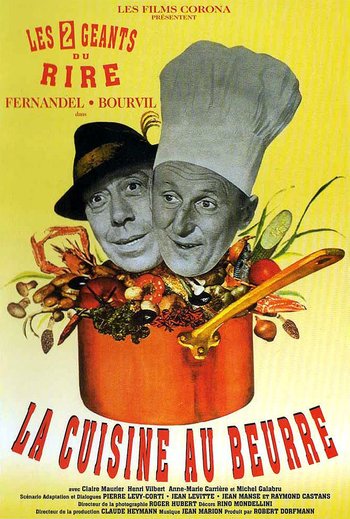 After the end of World War II, Fernand Jouvin (Fernandel), a French POW, has spent 10 years in Tyrol, living with Gerda, his Austrian mistress. He has to go back to Martigues, a small town in Provence, because the legitimate husband of Gerda is back after 10 years of captivity in Russia. He soon discovers that his French wife, Christiane, who thought he was dead, is now married to André Colombey (Bourvil), a guy from Normandy. Moreover, his restaurant, which only served local food, is transformed into a high-class restaurant, which serves Norman food.