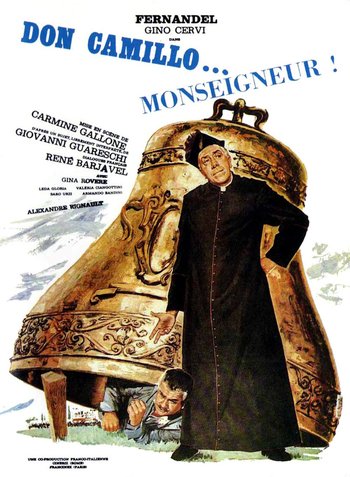 Don Camillo (Fernandel) and Peppone (Cervi) were both Kicked Upstairs: Peppone is now a communist senator, while Don Camillo is a monsignor in Vatican City. They both live in Rome, but they do not see each other. In Brescello, there is a quarrel between the municipality and the parish about a small chapel. This gives the opportunity to Peppone and Don Camillo to come back to their home village.

Followed by Don Camillo in Moscow.