Music / It Crawled Into My Hand, Honest 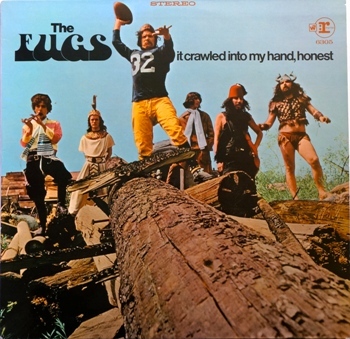 When the mode of music changes, the walls of the city shake
Advertisement:

It Crawled Into My Hand, Honest is The Fugs' fifth album, released in 1968. It marked a transition from cheap recording techniques to a proper studio quality and professional session musicians. As a result this New Sound Album has become a genuine fan favorite. Matt Groening even called it his favorite Fugs album, placing it on nr. 53 of his list of "100 Favorite Things".

It Troped Into My Hand, Honest