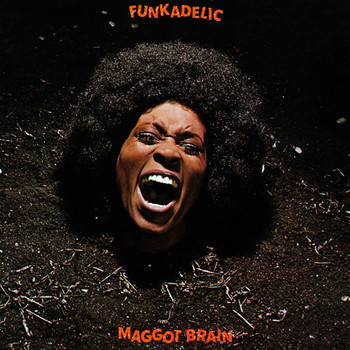 I once had a life, or rather, life had me
Mother Earth is pregnant for the third time
For y'all have knocked her up
I have tasted the maggots in the mind of the universe
I was not offended
For I knew I had to rise above it all
Or drown in my own shit
George Clinton on the opening to "Maggot Brain"

Maggot Brain is the third studio album by Funkadelic, released in 1971. It is listed at #479 in Rolling Stone: 500 Greatest Albums of All Time.

The album is best remembered for the Title Track, which has an epic guitar solo, still praised to this day. Hazel would perform a live version of this song, available on the bonus EP of One Nation Under a Groove (1978).

You and Your Tropes, Me and My Tropes: