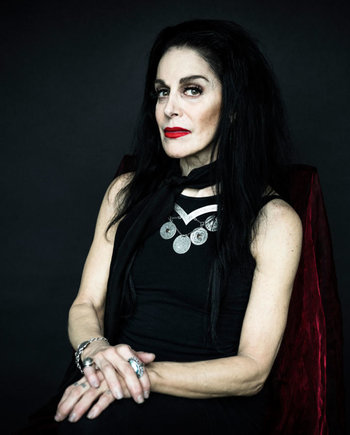 Diamanda Galás is a deep-voiced Greek-American singer, pianist, and performance artist. She has a distinct classical Gothic style, often focusing on somewhat older songs such as "Gloomy Sunday

" and "Insane Asylum." Still, despite looking very intimidating, her performances always show a sense of humor.

Let's not trope about despair...