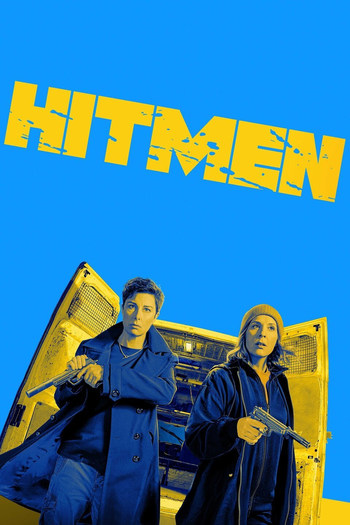 Hitmen is a Black Comedy series on Sky starring Mel Giedroyc and Sue Perkins, most-famously known as the hosts of The Great British Bake Off. In the US, the series is available for streaming on Peacock.

Fran (Perkins) and Jamie (Giedroyc) are lifelong friends who, despite clearly not suited for their chosen profession, work as assassins. Employed by the dreaded Mr. K, the two do their best to take out an eclectic assortment of targets while dealing with their own personal issues.

Has nothing to do with the Hitman franchise.