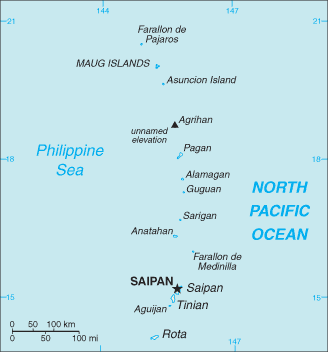 The majority of the population are Filipinos followed by the native Chamorros, and like the Philippines, the Northern Mariana Islands were formerly a colony of Spain, being claimed in 1521 by Ferdinand Magellan, with cultural clashes occurring between the Chamorros and Spanish and 90–95% of the Chammoros either dying from Spanish diseases or marrying non-Chamorro settlers. New settlers were soon brought in from the Caroline Islands and Philippines, and the Chamorro population gradually recovered.

After the Spanish-American War, Spain sold the territory to Germany under the German–Spanish Treaty of 1899, and it was administered as part of German New Guinea. The Japanese soon declared war on Germany during World War I and invaded the islands, and in 1919, all of Germany's islands in the Pacific north of the Equator including the Northern Marianas were awarded to Japan by the League of Nations, with sugar cane becoming the main industry of the islands.

One of the major battles between the US and Japan in World War II, the Battle of Saipan, took place here on June 15th, 1944. The United States military invaded the Mariana Islands, which had 30,000 Japanese troops defending it, and by the end of the battle, fewer than 1,000 of those Japanese troops remained. The last group of Japanese holdouts also remained here after the Japanese surrender in August 1945, finally surrendering on Saipan in December 1st, 1945. Since 1947, the islands have been administered by the United States, with them holding responsibility for the defense and foreign affairs of the territory.

Saipan also has a notorious place in Irish sporting culture. In 2002, the Republic of Ireland national football (soccer) team went to Saipan to train for that year's World Cup in South Korea and Japan. During said camp

, star midfielder Roy Keane had a bitter falling-out with manager Mick McCarthy and, depending on the source, left or was sent home, and didn't play in the World Cup. Public reaction back in Ireland was so divisive that one major Irish newspaper likened it to a (verbal) civil war. 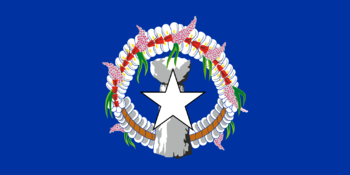