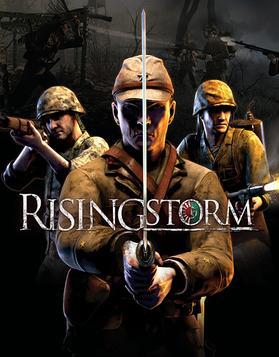 Red Orchestra 2: Rising Storm, better known simply as Rising Storm is the standalone Expansion Pack for Red Orchestra 2: Heroes of Stalingrad. It was released in May 2013. Unlike the base game, this expansion is set in the World War II's Pacific Theater, with the US Army and Marines as the playable Allied factions and the forces of the Japanese Empire as the Axis faction respectively. While many of the gameplay elements are retained from the original game, Rising Storm has some notable differences, such as more asymmetrical gameplay, with the Americans having more access to automatic and semi-automatic weaponry, while the Japanese rely more on Zerg Rush tactics, ambushes, and booby traps.