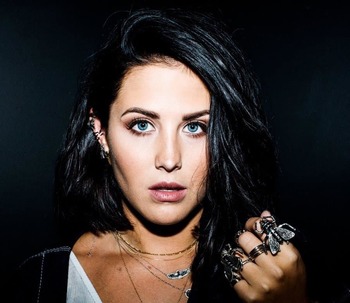 Molly My Marianne Sandén (born 3 July 1992) is a Swedish singer and voice actress.

In 2006, she represented Sweden at the Junior Eurovision Song Contest. Since then, she participated in several other contests, including participating three times in Melodifestivalen, Sweden's national selection show for the Eurovision Song Contest, and released five studio albums. Furthermore, Sandén dubbed Rapunzel in the Swedish version of Tangled in both voice and song.

In 2020, she (credited as My Marianne) provided Rachel McAdams' singing voice for the film Eurovision Song Contest: The Story of Fire Saga. The song "Húsavík (My Hometown)", from its soundtrack, received a nomination for Best Original Song at the 2021 Academy Awards. She performed the song during the ceremony pre-show, singing on-site from Húsavík, Iceland.

She has two younger sisters, Frida and Mimmi, who are also singers.