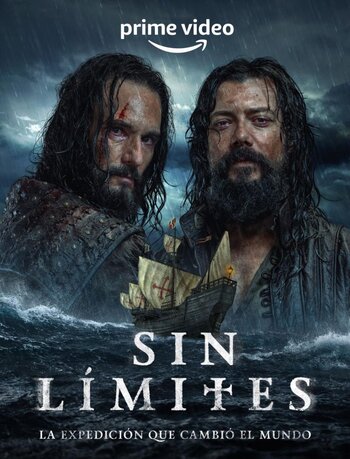 Boundless (Spanish: Sin Límites) is a Spanish Historical Fiction series directed by Simon West and co-produced by RTVE and Amazon. It covers the events of the Magellan-Elcano expedition, which made the very first ever circumnavigation of the world in the 16th century.

In August 1519, 239 men in five ships depart from the Castilian port of Seville under the command of Portuguese navigator Ferdinand Magellan, heading to the other side of the world. Among them there is a roguish sailor named Juan Sebastián Elcano, who will soon leave note of his bravery in the history books.

The series, composed of six episodes, was released on June 17, 2022, as part of the 500th anniversary of the feat.