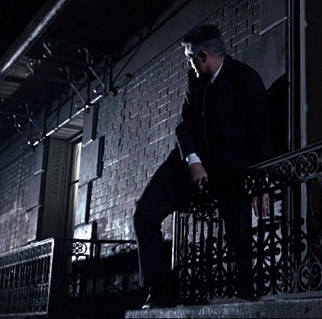 When a character needs to get from one room to another and the door is not an option, they will climb out the window and either shimmy along the ledge or jump from balcony to balcony until they can enter another window. Hotels and office buildings are common settings for this kind of stunt. It's also used a lot in stealth missions. The act adds an element of danger without actually requiring the character to be super fit or agile.

A sub trope of The Precarious Ledge. Compare Bathroom Break-Out and Lover's Ledge.