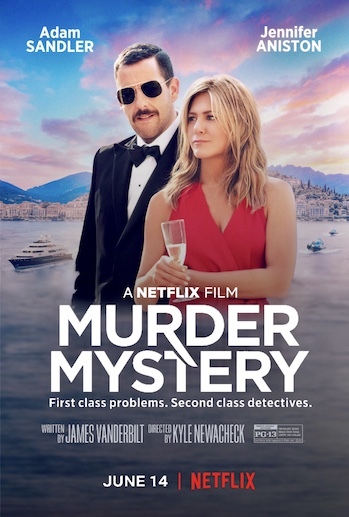 Murder Mystery is a 2019 comedy mystery film released by Netflix. The film stars Adam Sandler, Jennifer Aniston, and Luke Evans, and follows a married couple on a trip to Europe who are caught up in a murder investigation on a billionaire's yacht.