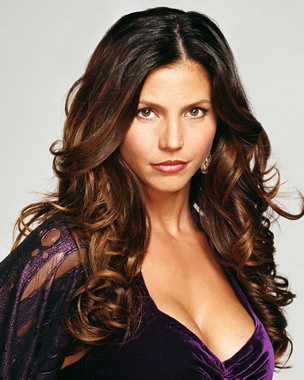 She is of French, German and Spanish heritage. Prior to getting into her acting career, she and her friends were attacked by police officer/serial rapist Henry Hubbard Jr. but managed to fend him off (though one friend was shot in the fight, he recovered from his injuries). Carpenter also retrieved some crucial evidence Hubbard left behind, i.e. his police-issue flashlight, aiding greatly in Hubbard's arrest and later conviction. She is thus a real life hero along with her fame from her roles.

She's best known as Cordelia Chase from Buffy the Vampire Slayer and Angel, as well as Jason Statham's girlfriend, Lacy, in The Expendables and its first sequel, and as Susan in the 2010 horror film Psychosis.

Cara slowly rises out of her water when confronted while bathing.

Cara slowly rises out of her water when confronted while bathing.