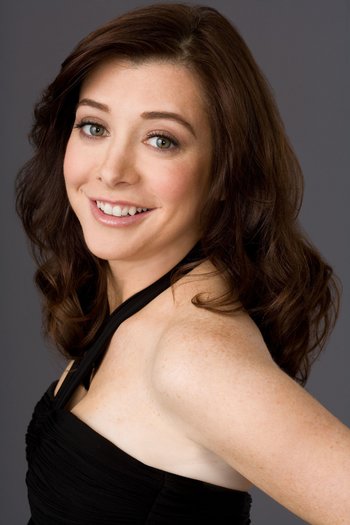 "My mom was a photographer and whenever they needed a baby for a modelling job, she'd stick me in front of the camera. That's how it started."
Advertisement:

Allison Lee Hannigan (born March 24, 1974) is an American actress, best known as Michelle Flaherty in American Pie, Willow Rosenberg on Buffy the Vampire Slayer and Lily Aldrin on How I Met Your Mother. She's currently the host of Penn & Teller: Fool Us.

She had small roles in films like My Stepmother Is an Alien (as the daughter) and Dead Man on Campus before her breakout film role as Michelle Flaherty in American Pie, where she shocked everyone with the now-infamous "band camp" line. The world was never the same after that moment. It's always the quiet ones.

Married to her former Buffy co-star Alexis Denisof, and they have two children, Satyana and Keeva (both names from Denisof's Russian heritage). Her daughters seem to have taken up their mother's banner of truly ridiculous levels of cute