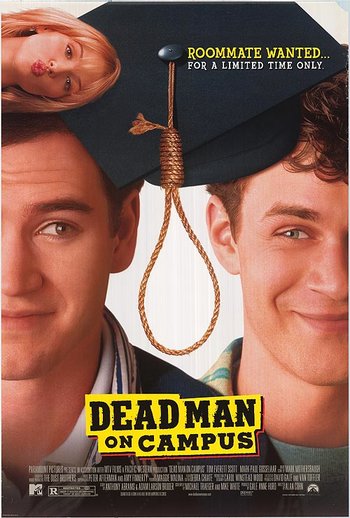 Dead Man on Campus is a 1998 dark comedy film starring Mark-Paul Gosselaar and Tom Everett Scott. It centres on the urban legend that a student will get straight As if his or her roommate commits suicide.

Cooper (Gosselaar) and Josh (Scott) are both in danger of flunking out of college and so attempt to find a depressed room-mate in order to push him over the edge and thus get them through the year on a technicality. Hilarity Ensues.