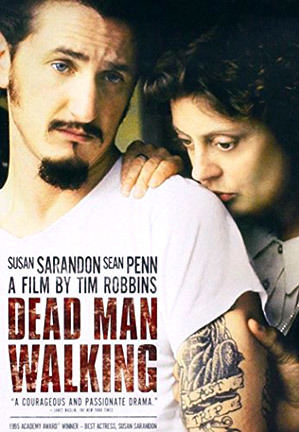 Matthew Poncelet (Penn) has been waiting to die for six years. He has spent this time on death row at the Louisiana State Penitentiary, having been convicted of killing a teenage couple with his friend Carl Vitello. During his incarceration, Poncelet has been corresponding with Sister Helen Prejean (Sarandon), and now that his day of execution by lethal injection looms closer, asks her to help him with a final appeal.

While Matthew is arrogant and off-putting during Sister Helen's first visit, he maintains his innocence, and Helen forms a special relationship with him as she fights to have his sentence commuted, determined to save his soul even if she can't save his life.