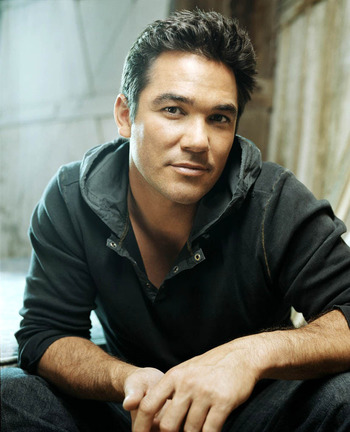 "I grew up the son of a director and grew up on sets myself, so I was the kid getting dragged around from this set to that set and I loved it. There's something about it which is really interesting."
Advertisement:

He's known for playing the role of Clark Kent / Superman in the TV series Lois & Clark alongside Teri Hatcher as Lois Lane. He was host of Ripley's Believe It or Not! and appeared in the soap opera Hit the Floor.

He was also cast in a few other successful Superman-inspired series such as Smallville and Supergirl, most likely as a homage to Lois and Clark.