Comic Book / The Hunt for Reactron 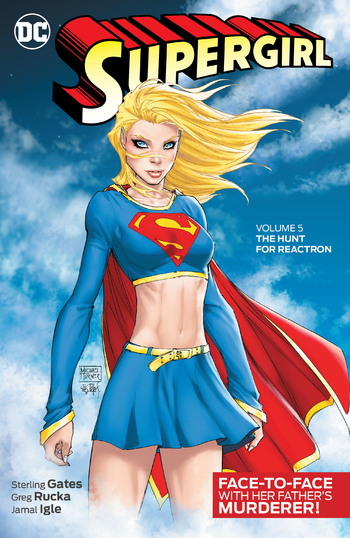 Cover of the 2018 edition
Advertisement:

The Hunt for Reactron is a Superman Family crossover published in 2009. Greg Rucka and Sterling Gates shared writing duties, and Diego Olmos and Jamal Igle illustrated the storyline.

The conflict between Earth and Kandor is heating up, and a war between both planets may be approaching. Supergirl has gone back to Earth to find Reactron, her father's murderer, who has persistently eluded capture, at the same time as Chris Kent and Thara Ak-Var -a. k. a. Nightwing and Flamebird- are trying to find and disable all spy cells planted by General Zod across the planet. However, General Lane has successfully used the "Codename: Patriot" Operation to depict himself as a hero who is protecting Earth from the Kryptonian threat while framing up Supergirl, Nightwing and Flamebird as terrorists.

Sam Lane's machinations force the three heroes to work together to clear their names and avoid an inter-planetary war even though Chris and Thara yet don't understand their new and mysterious powers, Thara is still uncertain about the nature of her esoteric visions, and Kara does not trust Thara at all.