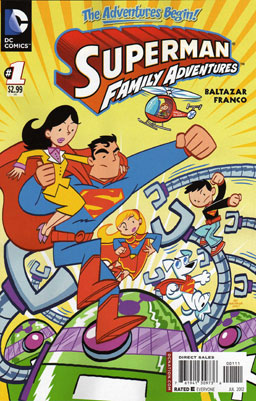 An all-ages comic book about Superman, his cousins Superboy and Supergirl, and their pets Krypto the Superdog and Streaky the Super-Cat. Despite being published around the time of the New 52, it's mostly Silver Age Superman with a new belt.

The comic lasted 12 issues and it has a follow-up series: Super Powers.