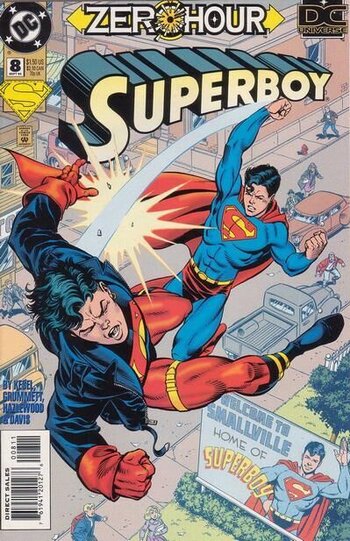 Originally, when Superman was created in 1938 by Jerry Siegel and Joe Shuster, he was shown as having made his superhero debut as a full-grown adult. Eventually, after rejecting a few proposals for such from Siegel and Shuster, someone at DC decided to create the character of Superboy, Superman's adventures as a youth before becoming Superman. This came without input or approval from Siegel (which helped strain the relations between DC and Siegel and Shuster even further). Superboy's first appearance was in More Fun Comics #101 (January-February, 1945).

As shown, Superboy fought crime in and around his small home town of Smallville, and was raised by his foster parents, Ma and Pa Kent. Like his adult self, he also had a secret identity as Clark Kent. Other supporting characters included his best friend, Pete Ross, who had accidentally found Clark's secret and aided him without his knowledge; his female friend next door, Lana Lang, who, like Lois Lane years later, tried to become Superboy's girlfriend and/or find out his secret identity; Smallville's chief of police, Chief Parker; and Krypto, Superboy's pet dog from Krypton.

While some of Smallville's threats came from a rather high number of gangsters and bank robbers, some actual supervillains would also show up, including the Kryptonite Kid and most famously, young Lex Luthor (who was initially friends with Superboy; however, a laboratory accident (one that rendered him bald) and a series of disastrous, humiliating attempts to improve Smallville's life with his inventions—requiring Superboy to intervene each time—made him vow that the only way he'd be able to prove his intellectual prowess to the world would be to destroy Superboy... and later, Superman).

In 1958, Superboy was invited by three youths from the 30th century to join their superhero group, the Legion of Super-Heroes, whose stories became a recurring feature (before graduating to their own comic) in Superboy and Superman comics.

Various stories would show how Ma and Pa Kent eventually died shortly after Clark's graduation from high school, an event that affected him greatly, along with Superboy attending college and how he changed his name to Superman.

Then came Crisis on Infinite Earths and the subsequent Post-Crisis Byrne revamp in 1986, which after 40+ years of existence retconned Superboy out of existence. Under Byrne's origin, The Man of Steel, Superman was once again shown as having started his career as an adult. This caused a Continuity Snarl with the Legion comics, which was fixed by stating that a separate Superboy character was created in a "pocket universe" by the Legion villain known as the Time Trapper just to preserve the Legion's history; the Legion was redirected there everytime they traveled to what they thought was Superboy's time. The Pocket Universe became a major recurring storyline for both the Legion and for the Post-Crisis Superman. Pocket Superboy sacrificed himself to save both his universe and the Legion from the Time Trapper. Superman eventually violated Thou Shalt Not Kill to execute the Pocket Universe equivalents of General Zod and his henchmen for killing everyone on their Earth except for the "Matrix" Supergirl. Eventually, the editors decreed that the Pocket Universe and its Superboy be written out of continuity altogether (in yet another Cosmic Retcon).

After Infinite Crisis, Clark's career as Superboy was brought back in Superman: Secret Origin, though only his adventures with the Legion. Then the New 52 Continuity Reboot happened and it was gone again, until it was implied to have been restored in DC Rebirth. Doomsday Clock restored the classic Superboy, bringing the Decon-Recon Switch full circle. 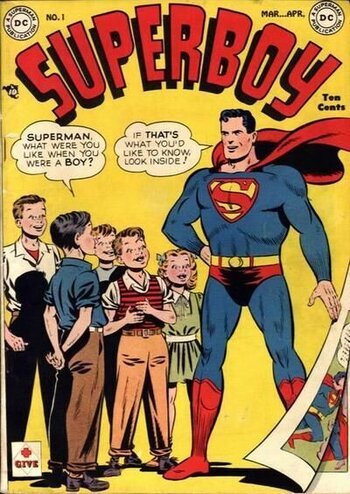 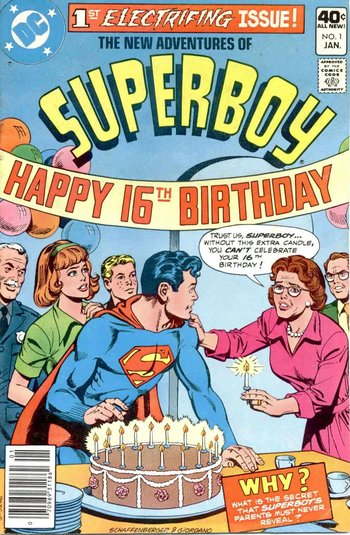