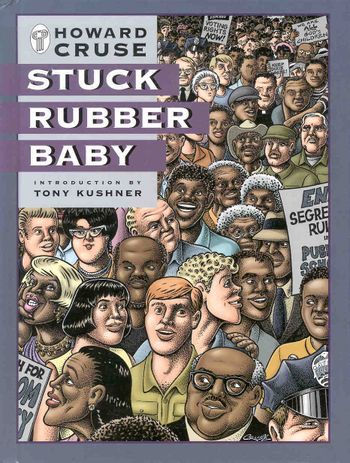 Stuck Rubber Baby is a 1995 graphic novel by Howard Cruse set in the early 1960s in the fictional Southern town of Clayfield. The story revolves around Toland Polk, a young white man who drifts into the integrationist movement in Clayfield, becoming involved with a young woman named Ginger while simultaneously struggling with his own homosexuality.

A winner of the Eisner Award for Best Graphic Album.