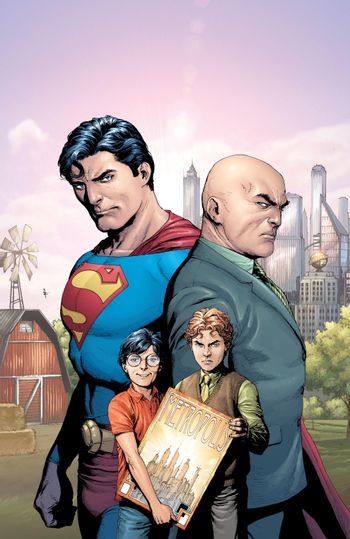 Superman: Secret Origin (2009-2010) was a six-issue retelling of Superman's origin as presented as canonical in the post-Infinite Crisis DCU written by Geoff Johns and drawn by Gary Frank. Much like the last origin retelling tale, Superman: Birthright, its only real differences are that Secret Origin fits in with the Johns run of Action Comics, the New Krypton storylines and Adventure Comics, and that it takes some cues from Smallville.

After being rendered non-canon by the events of the New 52, the DC Rebirth storyline Superman Reborn restored this story back to continuity.