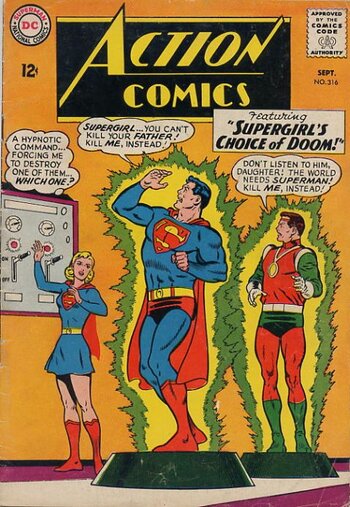 Linda Danvers is being troubled by the same strange dream, night after night: Her deceased parents Zor-El and Allura In-Ze are floating in some blank void, saying they are alive and begging her help. Linda is feeling disturbed enough that she decides to investigate what happened to her parents and Argo City after her departure.

But even if her biological parents have somehow become stranded in some Phantom Zone-like dimension... How can she find them and rescue them? And even if she does rescue them... How will their return affect her relationship with her adoptive parents? Zor-El and Allura raised her and showered her with love until she was sixteen, but Fred and Edna Danvers adopted her when nobody else -not even her own cousin- would do.

The Untold Story of Argo City was the storyline which defined and delved into Supergirl's origin told in The Supergirl From Krypton (1959), setting her backstory in stone until the 1986 reboot.