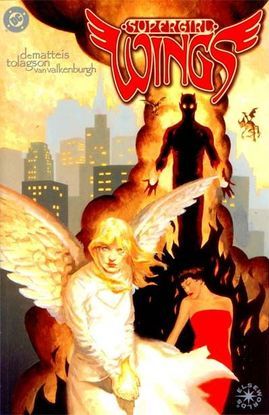 The story is a reimagining of the "Earth-Angel" storyline from Peter David's run on Supergirl, taking the Matrix incarnation of Supergirl and turning her into a literal angel. Matrix is an Amenlee, specifically an angel whose role is to help human beings turn away from their inner darkness. Unfortunately, Matrix is beginning to question whether her latest charge, a human girl named Linda Danvers, can even be saved. What follows is a tale of redemption as Matrix finds herself being forced to question who she is and why she does what she does, and it becomes increasingly murky just who, Matrix or Linda, needs to be saved.

This one-shot provides examples of: