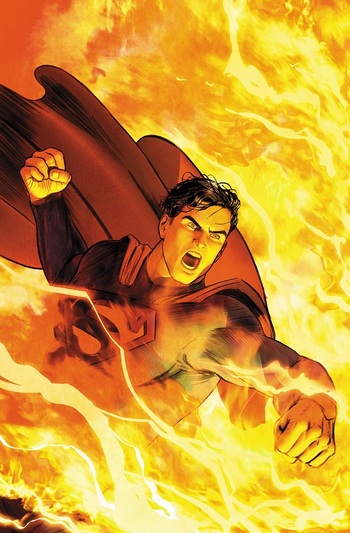 "What a lucky man I was..."
Advertisement:

Told across Superman, Batman/Superman, Action Comics and Superman/Wonder Woman, The Final Days of Superman is the last story featuring the New 52 version of its titular character. Set after Superman: Savage Dawn, Superman discovers he is dying and decides to form a group of heroes that will protect Earth in his absence.

The Final Days of Superman (alongside Titans Hunt and Superman: Lois and Clark) is collected in trade as a "Road to DC Rebirth" title, serving as a prelude to Superman (Rebirth).

Not to be confused with The Last Days Of Superman, a different story with a similar premise.

The Final Days of Superman contains examples of: