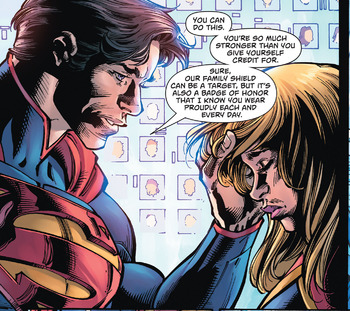 Action Comics vol 2 #52: "It means there's a huge responsibility I need you to consider taking over for me."