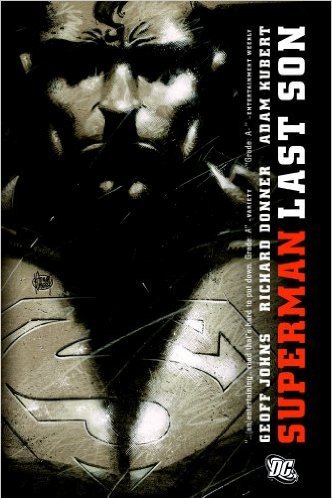 "Last Son" is a five-part Superman arc written by Geoff Johns and his mentor Richard Donner with pencils by Adam Kubert and color by Dave Stewart. It ran in Action Comics from 2006 to 2008.note Specifically, issues #844-846, #851, and Annual #11.

Clark always thought that he was the last person to be born on Krypton. However, when a space capsule containing what is clearly a Kryptonian boy lands in Metropolis, Superman is overjoyed and (defying the military's attempts to raise the boy as a weapon) adopts him as his and Lois Lane's son, called Christopher Kent. Superman then tries to raise Chris as the Kents did him to eventually become a hero.

However, it turns out that Chris's birth name is Lor-Zod, son of the infamous General Dru-Zod. Zod and his wife Ursa had Chris in the Phantom Zone and used him as a interdimensional tether to allow them and the other Phantom Zoners to escape. As his small army of Kryptonians are too much even for the League and Society to handle together, Superman is forced to turn to Lex Luthor (being the only one to devote a lifetime to killing Kryptonians) to defeat them.

Heavily inspired by Superman: The Movie and Superman II, this story reintroduced the Kryptonian General Zod to the modern continuity, even altering his appearance to look closer to Terence Stamp, as well as canonizing his accomplices Ursa and Non. This arc would later serve as inspiration to the 2013 movie Man of Steel, which incorporated Zod's motive of rebuilding Krypton on Earth.

Both Last Son and the later Story Arc Superman: Brainiac (also written by Geoff Johns) were eventually collected into one volume called Last Son of Krypton, most likely due to both of them being preludes to the New Krypton arc.