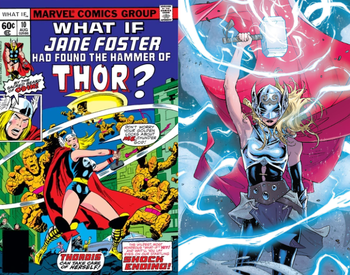 For the more general application of changes to the work, see Retcon.

Compare Ascended Fanon, where it's Fanon that becomes canon instead of adaptation-only material.