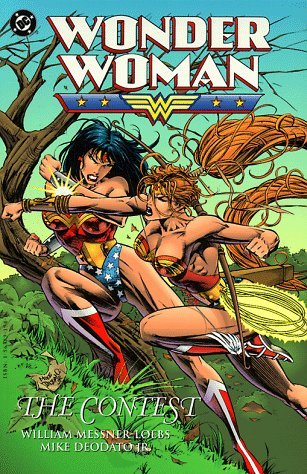 The Contest is a comic book story arc that occurred in 1994 written by William Messner-Loebs and drawn by Mike Deodato. It compiled a segment of the second volume of the DC Comics Wonder Woman book from issues 90 through 93 and issue 0 into a collected book edition.

This Storyline provide these examples: