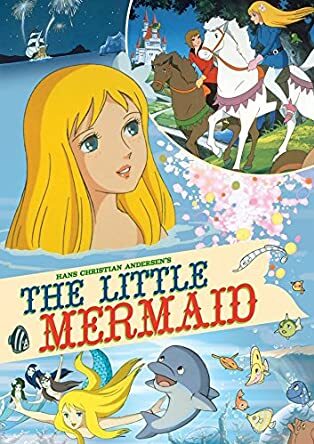 It has some elements that Disney would later use, such as an animal companion for the mermaid (Fritz the Dolphin) and an antagonistic force seeking to hurt the mermaid on land (Jemmy the cat). The plot follows the original story more closely than the Disney version, keeping the sad ending.

Discotek Media bought the rights to the original film and is selling the master copy on their website, with English and Japanese audio, and English subtitles.